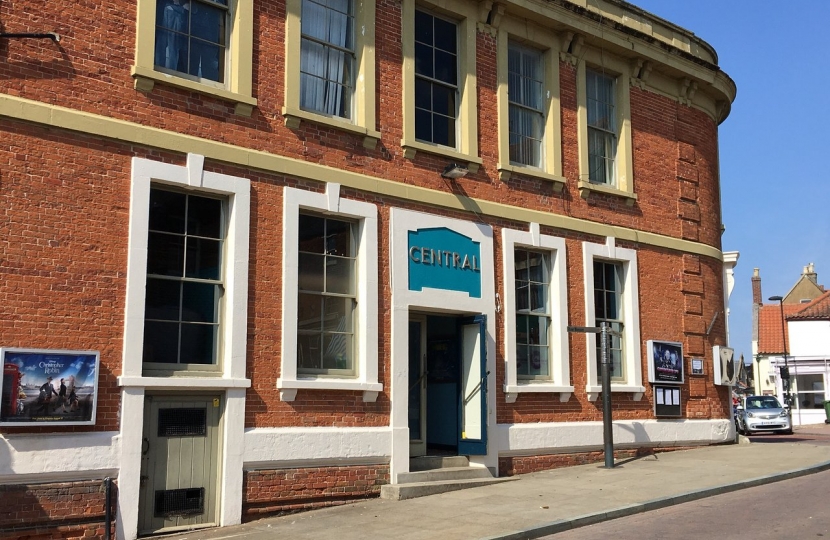 The government is supporting 202 independent cinemas through the £1.57bn Culture Recovery Fund, including £56,973 for Cinegogh Ltd's Central Cinema in Fakenham.

So far, £16m worth of support has been provided to independent cinemas across England, and more will be able to apply for a further £14m in grants in the New Year.

In the East of England, total government support for independent cinemas is so far £1,791,775. Cinemas outside London have benefitted from 78% of the available funding. Recognising that cinemas need content, the government launched a £500m Film and TV Production Restart Scheme in October - and has assured nearly 100 productions they will be supported if future losses are incurred due to coronavirus, and provided the confidence they need to restart filming.

The magic of film is such an important part of the festive period and this investment will help protect our independent cinemas so they're around for many Christmases to come. Alongside it, the extension of our Film and TV Production Restart Scheme means the UK will be producing even more great content as the cinema industry recovers, keeping us at the forefront of the creative industries.

Film and cinema are a vital part of our communities' arts and culture. I am delighted Fakenham's Central Cinema has received this grant, along with grants to a wide variety of other arts, culture, and heritage organisations throughout the constituency.

Today Jerome spoke as part of the debate on the Environment Bill.