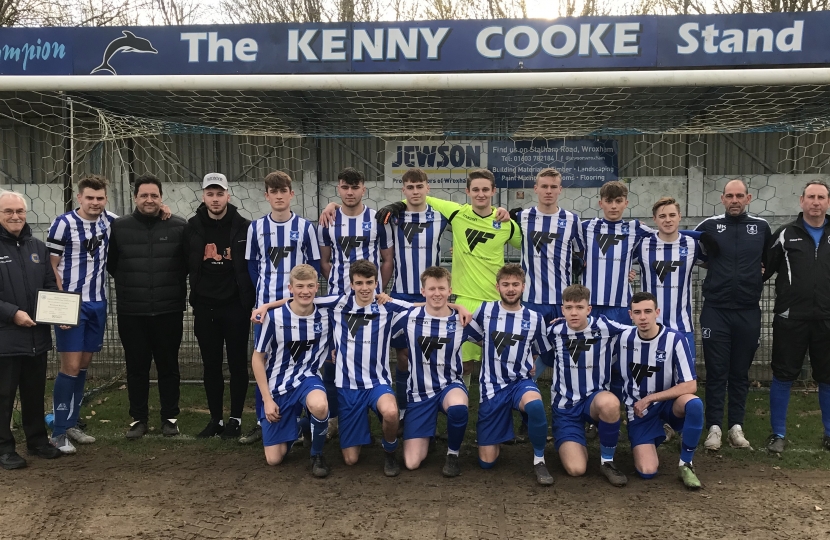 I am delighted that Wroxham FC and Fakenham Town FC have been awarded funds from the Premier League's Matchday Support Fund, which helps clubs to prepare for the resumption of football and the safe return of supporters.

The Support Fund is being delivered by the Football Stadia Improvement Fund - the grant-giving body that provides Premier League funding to support ground improvements for clubs in the professional, women's, and non-league games. Wroxham FC has received a grant of £4,000; Fakenham Town FC a grant of £2,000.

It is great to see so many clubs have benefited from the Matchday Support Fund, enabling them to make vital preparations at the start of the 2020/2021 season. I am glad we have been able to build on our ongoing support for the wider football pyramid by helping men's and women's teams throughout the country to get their stadiums ready for matches.

The new investment follows the recent provision of the Pitch and Club Preparation Funds, which saw £8.7m in grants from the Premier League, the FA, and the government's Football Foundation awarded to prepare the country's playing surfaces and facilities for the return of football.