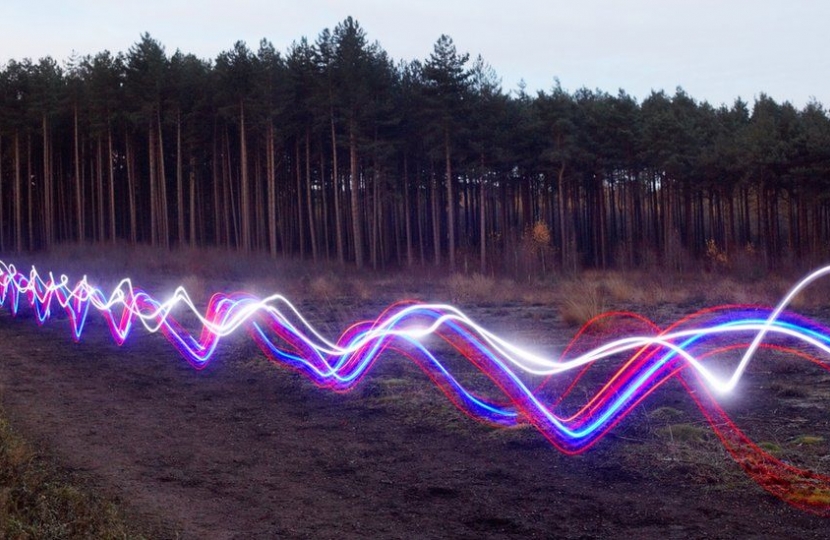 Broadland will be amongst the constituencies to benefit as part of a £5bn government investment in gigabit broadband.

'Project Gigabit' aims to boost internet speeds to 1,000 megabits (or 1 gigabit) per second, meaning that families will no longer have to battle over bandwidth, and that those in rural areas will have the freedom to live and work more flexibly. Norfolk is part of the second phase of the rollout - to be announced in June.

Gigabit broadband is being rolled out rapidly - from one in ten households in 2019 to almost two in five today. The UK is on track for one of the fastest rollouts in Europe and for half of all households to have access to gigabit speeds by the end of this year.

Project Gigabit will accelerate our recovery from covid, fire up high growth sectors like tech and the creative industries and level up the country, spreading wealth and creating jobs the breadth of Britain.

In the first phase, up to 510,000 homes in Cambridgeshire, Cornwall, Cumbria, Dorset, Durham, Essex, Northumberland South Tyneside and Tees Valley will be the first to benefit. This will be followed by a second phase in the summer, connecting up to 640,000 premises in Norfolk, Shropshire, Suffolk, Worcestershire, Hampshire, and the Isle of Wight. Contracts for the first areas will go to tender in the spring with shovels in the ground in the first half of 2022.

Following the huge success of the gigabit voucher scheme, the government has announced a further £210m to give people in rural areas immediate financial help to get gigabit speeds.

Project Gigabit is the rocket boost that we need to get lightning-fast broadband to all areas of the country. This broadband revolution will fire up people’s businesses and homes, and the vital public services that we all rely on, so we can continue to level up and build back better from this pandemic.

I'm delighted Norfolk - and particularly Broadland - is being prioritised for the rollout of gigabit broadband, Families and businesses are more reliant than ever on the internet for work. Especially during the pandemic, with more people working from home, the strain being placed on our existing communications infrastructure has resulted in slow speeds for many. There are still households in Broadland which have little or no reliable access to the internet at all, so it's welcome that homes and businesses in the constituency will soon benefit from lightning-fast gigabit broadband.

For those most affected by slow internet speeds, I'm pleased to see the return of the Gigabit Voucher Scheme, which will provide some short-term fixes until the larger programme is fully rolled out.

A47 North Burlingham to Acle Resurfacing

Highways England will be carrying out resurfacing work on the A47 between North Burlingham and Acle from Monday 19th April for two weeks.

The A47 will be closed overnight between 8pm and 6am on weeknights (not at weekends).

Diversions will be in place during the closures: